Eurostat: Women in science and technology

However, in three EU Member States, the majority of scientists and engineers were women: Lithuania (58% female), Bulgaria (54%) and Latvia (52%). 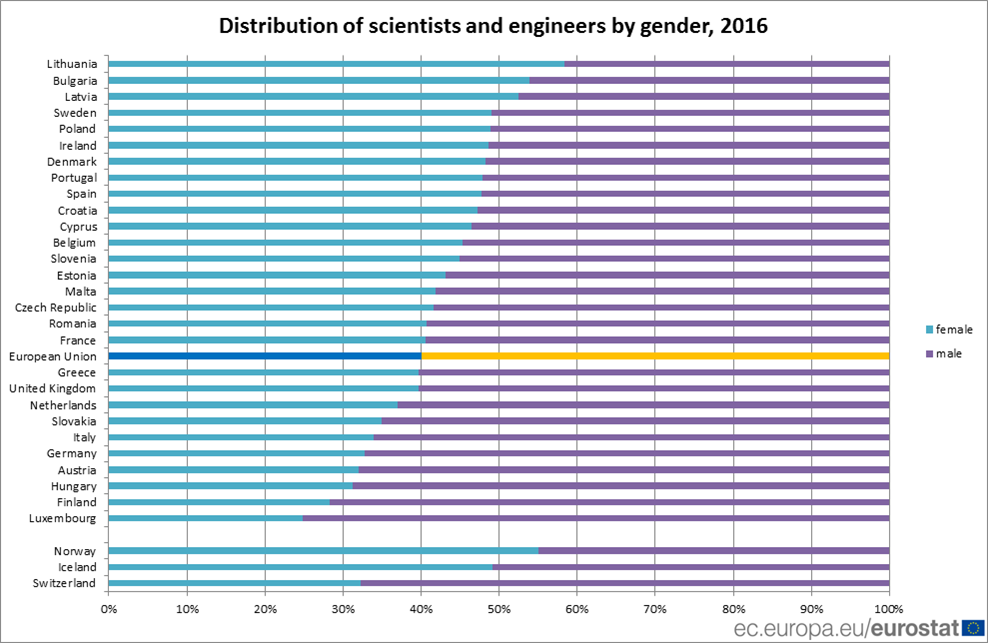 The source dataset is available here

This news item marks the International Day of Women and Girls in Science, celebrated on 11 February.