EPWS Debate in the European Parliament: proceedings and round-up

“Towards a Gender Balanced Science Culture to Foster Innovation” 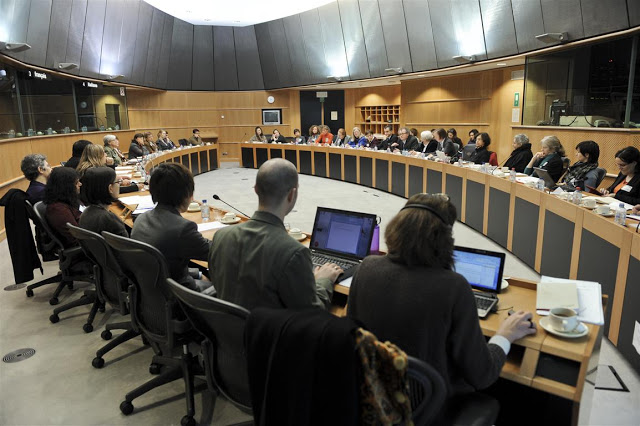 “Towards a Gender-Balanced Science Culture to Foster Innovation” was the title under which the European Platform of Women Scientists EPWS organized a lunch debate in the European Parliament in Brussels on 31 January 2012. The event was hosted by Prof. Dr. Leonidas Donskis MEP, Lithuania, and brought together over 60 participants from all over Europe, among them Members of the European Parliament (MEP), officials from the European Commission, representatives of European and international organizations as well as numerous EPWS member organizations.

The event set the spark to a dialogue between women scientists and policy makers in Europe regarding the up-coming discussions of the European Commission’s Horizon 2020 proposal, reinforcing a cooperation that will allow women scientists to better contribute to European policy-making in the future.

After a welcome by Prof. Leonidas Donskis MEP, emphasizing the need to persistently work towards equal opportunities in science and research, Mr. Gilles Laroche, Head of Unit Gender and Ethics, Directorate General Research and Innovation, outlined the European Commission’s “Current Policy Regarding Gender in Science”. He stressed that there is no trade-off promoting gender equality as well as excellence and innovation and pointed to the need for structural change in research institutions to achieve a gender-balanced scientific culture and to further increase awareness on the gender and science issue throughout Europe.

In her speech on “Science Culture, Gender and Innovation”, EPWS President Dr. Brigitte Mühlenbruch elaborated the significance of the contribution of women scientists on the way to reach the ambitious targets of the Innovation Union set forth by the Europe 2020 strategy and as put forward in the European Commission’s proposal for the new framework programme on research and technological development Horizon 2020. The EPWS President pointed to the role of the Platform as structural link between the community of women scientists and policy makers in Europe. She emphasized the need for dialogue and joint action through this year’s discussion process regarding the Commission’s proposal to ensure that Horizon 2020 will contribute to a gender-balanced science culture in Europe and offered the active collaboration of EPWS in this respect. 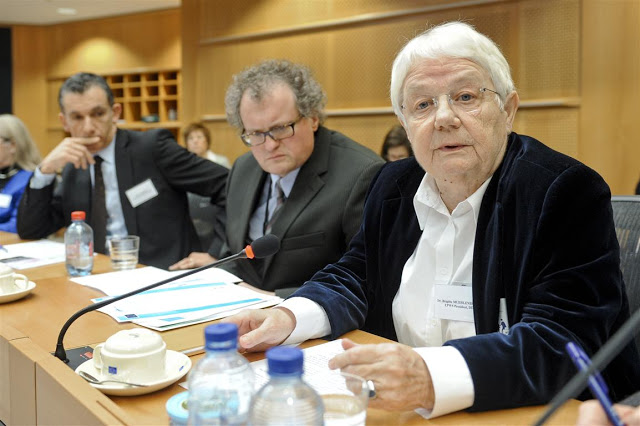 The speakers’ inputs set the frame for the presentation of six EU and national projects, intended to inform the audience about current research projects addressing the gender imbalance in science, paving ways towards establishing a gender-balanced science culture in Europe and giving the word to women researchers:

she euromediterranean research area
presented by Dr. Maria Caprile, Center for European Initiatives and Research in the Mediterranean (CIREM), Spain 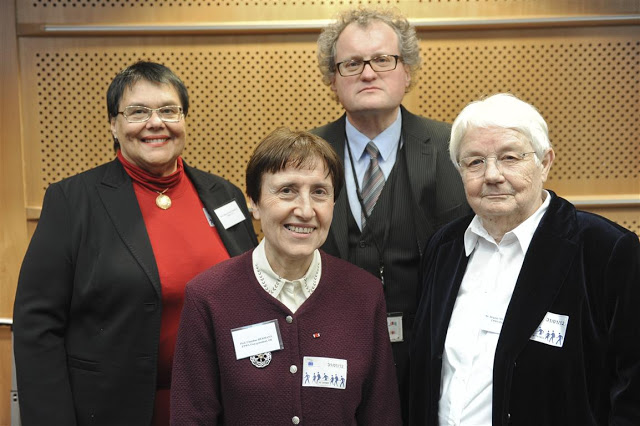 A round table discussion with Britta Thomsen MEP, Denmark, and Edit Herczog MEP, Hungary, informed the audience about ongoing initiatives of the European Parliament and its members addressing the gender imbalance in science. The inputs emphasized the importance of multi-, trans-, and interdisciplinarity in future research and the challenge to foster talents and skills to answer this need. They were followed by a lively discussion with the audience: the participants stressed the vital role of networks of researchers in the European research policy dialogue and pointed out that the need for structural funding for these institutions had to be acknowledged and addressed by the European Parliament as well as by the European Commission. They also pointed to the necessity to provide subsequent funding to those initiatives and projects whose task it was to create databases, e.g. of publications, in order to keep those sources of information up-dated and therewith ensure their added value beyond the project phase. Continuity in funding would also allow structures like EPWS to raise the voice of women scientists at EU level.

The lunch debate, moderated by Dr. Maren Jochimsen, University of Duisburg-Essen, Germany, set the spark to a dialogue between women scientists and policy makers in Europe regarding the up-coming discussions of the European Commission’s Horizon 2020 proposal, reinforcing a cooperation that will allow women scientists to better contribute to European policy-making in the future.