Interview of the Month: Association of Women Scientists of Armenia (AWS) (02/2016)

Every month, for you, EPWS presents the characteristics and activities of one Member association.

Our member for February 2016 is the Armenian association 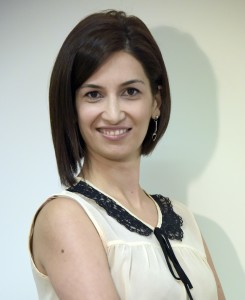 Lena ATONYAN, member of the Association of Women Scientists of Armenia, has accepted to answer the EPWS questionnaire.

EPWS: If you wanted to describe your association in one sentence, what would you say?

The Association of Women Scientists of Armenia (AWS) gathers scientists from different disciplines (physicists, economists, physicians, psychologists) and aims to empower women to enhance their professional capacities to contribute and benefit from science, as well as all the aspects of public and social life.

EPWS: What are the objectives of your association?

The main objective of the AWS is to strengthen the capacity of women and girls to claim their rights and meet their basic needs. The AWS strives to enhance social-psychological skills of women scientists to better carry out their everyday responsibilities and be more successful in science and social life. Major areas of focus include leadership development, education, health, youth development and environment. The specific objectives of the Association are:
– achieving gender equality and empowering women in science to become more competitive in their professional activities;
– improving the knowledge and skills of Armenian women scientists to increase their scientific productivity and creativity;
– contributing to the development of new skills necessary for women scientists to promote and present their innovational projects and scientific works;
– inspiring women scientists in promoting positive changes in their professional area through raising their self-confidence;
– establishing professional networks through series of trainings and exchange of best practices to generate new ideas and to develop new projects.

EPWS: what is the history of AWS, in a few words?

With the declaration of its independence the newly established Republic of Armenia faced many challenges, especially in the sphere of science. Despite the fact that many institutions were dissolved, the women scientists tried to keep up to date to the new developments in science. In 2006 a group of women physicists came together to resolve very substantial issues concerning gender balance in science through the organisation of trainings and seminars aimed at enhancing leadership skills of the women in science. This contributed to the improvement of the role of women in the scientific community of Armenia. Later scientists of other disciplines enrolled in the group and the Association of Women Scientists of Armenia was officially registered in 2008. Using their academic background and the experience in social sector the members of the Association addressed the most essential issues, encouraging women to be open to integrate in the international scientific community. The activity of the AWS was mainly focused on the development of mental and physical potential of women, as well as their healthcare.
Since then numerous seminars and round table discussions on leadership skills, communication skills, financial management, women’s health, stress management, as well as social-psychological trainings were organised due to the efforts of the AWS. 2014 was marked by establishment of “Atsh” Personality and Business Development Centre within the Association, which used a special program developed by the AWS. Moreover it implemented social projects supporting to decrease unemployment rate among women.

EPWS: Could you explain the organization of your association?

The President of the Association is elected by its members. The Board of the AWS coordinates the main directions of the AWS activities.
5EPWS: What are its recent achievements?
The AWS in cooperation with “Atsh” Personality and Business Development Centre has recently organised a number of activities to boost interest towards social and psychological aspects in the Armenian society. Hundreds of people participated in presentation sessions aimed at raising awareness of the latest achievements in the sphere of applied psychology. The seminars also covered topics intended to increase active participation of women in social life and to promote the idea of healthy lifestyle.
Furthermore the Association supported enhancing professional capacities of social sciences specialists (psychologists, teachers and social workers) through organising trainings and seminars held by international certified experts. Due to the efforts of the Association 14 women-consultants in the sphere of Positive Psychotherapy were certified by Wiesbaden Academy of Positive Psychotherapy.

EPWS: What is your agenda for the coming months?

We plan to launch a series of activities aimed at preventing burnout effect for the specialists working in the sphere of human services, including teachers at universities.

We collaborate with some EPWS members mainly on personal level for now.

EPWS: What do you expect from EPWS? In what ways can it help you develop your action?

We highly appreciate participating in yearly conferences and meetings which keep us informed on the latest activities of the EPWS and we are sure that our cooperation will be continued in the future.