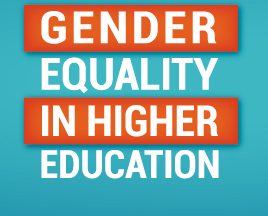 This is the first occasion that this major biennial conference will be held in Ireland. These European conferences have since 1998 brought together hundreds of gender equality practitioners, researchers and administrators from Europe and beyond.

The conference provides an international forum to discuss and exchange information and experiences on the challenges related to gender in academia, gender equality promotion and interventions in higher education and research institutions.

The Minister stated “hosting of this conference is an ideal opportunity for Ireland to outline the advances we are making towards tackling gender inequality in our third level institutions. These conferences provide a major international meeting point of higher education researchers and policy makers, and we can learn from the experiences of colleagues in other countries, to assist us in addressing the challenges that we all face”.

The conferences provide a unique international forum for networking and the discussion and exchange of information, experiences, policies and research findings from universities, higher education institutions and non-university research institutions. The European Network on Gender Equality in Higher Education, which was established as a result of the conferences, provides an international forum to share information about good practices and experiences as well as research results concerning changes and challenges related to gender equality in academia. It connects over 500 members from over 30 countries

The Minister further stated “The Gender Equality Task Force that I recently established which builds on work done for the 2016 HEA National Review on Gender Equality in Irish Higher Education Institutions, will report in 2018. The hosting of the conference is opportune and will enable us to highlight the outcomes of both the work of the 2016 Gender review and the Task Force to both a national and international audience”.

Previous conferences were organised by a local group, consisting of a number of stakeholders. The Trinity Centre for Gender Equality and Leadership (TCGEL) will work closely with representatives from the Irish universities, Institutes of Technology and other stakeholders in framing a programme for the conference.

The first European conference on gender equality in higher education was organized in Finland by the University of Helsinki in 1998.